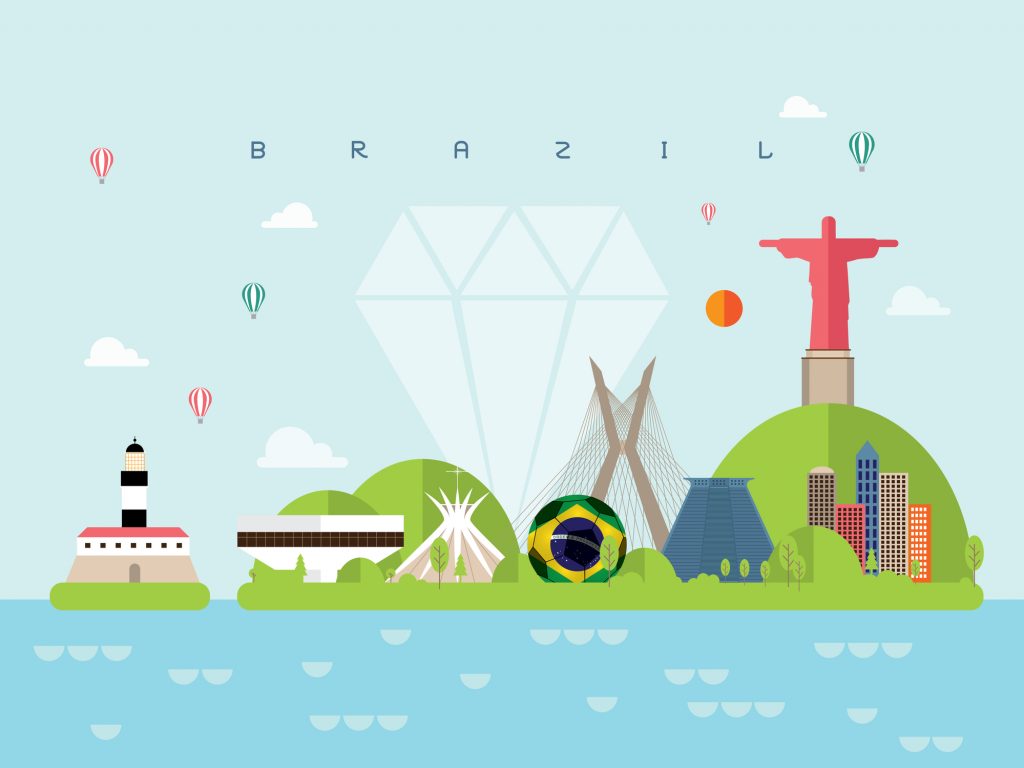 Join in the celebration of Brazil’s carnival with your own website and register your .BR domain name to celebrate.

Brazilian Carnival is a week-long celebration filled with parades, vibrant colors, lively music and dancing. You can be sure to have plenty of dancing and drinking during carnival.

Carnival began in 1830 as a continuation of the Portuguese celebration before Lent begins. Lent is the 46-day period before Easter that Roman Catholics observe as a period of abstinence and sacrifice in preparation for Easter.

Rio de Janeiro has one of the most well-known carnival celebrations. The local samba schools’ students and staff organize more than 100 block parades.

Each neighborhood has its own street band who go out and play for the celebration. There are over 300 bands who participate. Months of planning goes into carnival and it brings a diverse group of people together.

Pernambuco, also in the northeastern part of Brazil, has extensive carnival celebrations. The African influence is obvious in the music and dancing of this region as well. Street dancing and large parades begin one week before Carnival begins and go until Ash Wednesday.

If you are interested, there is a gTLD for Rio as well as other Brazilian cities. These cities include Aparecida, Belo Horizonte, Brasília, Curitiba, Florianopolis, Fortaleza, Foz do Iguaçu,

Now is the time to get your local .BR domain name or one of several Brazilian cities. Having a local domain name makes it easier to search for your website and lends it credibility with residents. You can register your domain name with Marcaria today, following the link Register Domain Extension in Brazil.